Features of Nem (Xem), a complete overview of the crypto coin

The Nem cryptocurrency uses a unique consistent algorithm, a naming system, and Catapult technology. The NEM coin is very popular in Japan, where the NEM cryptocurrency was created. The NEM source code is written in Java and JavaScript. The network was launched in March 2015, by an anonymous user of the BitcoinTalk resource. Coordinates the work of the project NEM.io Foundation, registered as a non-profit enterprise in Singapore. The NEM Foundation is headed by Alexandra Tinsman and Jason L. The board of directors of the NEM Foundation includes Jeff McDonald and the head of the Russian branch of NEM Klim Geran. The stock ticker of the asset is XEM. Cryptocurrency has its own unique features.

NEM uses an account system. They are a pair of cryptographic keys - private and public. Each account is identified by the NEM address, which is derived from the public key.

Each account has: the balance, the number of blocks, the number of the first transaction, the record of the multi-signature, the rating of the account. The account can be either active or passive. The money coming into the account belongs to the passive part of the balance. After every 1440 blocks, 10% of the unripe share is transferred to the active balance. When performing an outgoing transaction, the money is evenly debited from both parts of the balance, the size of the active part is primarily important for harvesting.

New NEM blocks are created using the POI algorithm. The proof-of-importance algorithm is a modification of PoS, but unlike traditional wallet mining in harvesting, the account's ability to create new coins is calculated according to three parameters:

The amount of money in the wallet; The activity of the node in the network; The time of account creation. The main role is played by the Person who is on the balance, there are supernodes in the network that receive a total reward of 140,000 XEM every day. The supernode status is granted to the owner of a node that meets the minimum technical parameters of the NEM Fund, with a wallet balance of at least 3 000 000 XEM.

The NEM blockchain has a built-in system for transmitting encrypted messages, it is possible to create multi-signature accounts, and Eigentrust++is used as an algorithm for managing the reputation of nodes. The NEM cryptosystem software operates on the Mainet public network and the Mijin closed business network. To synchronize the open and commercial blockchain of the NEM cryptocurrency, an update of the Catapult system software is used. The open blockchain chain is needed for XEM transactions and harvesting, it is used by private individuals.

The closed blockchain is intended for banks, government agencies and commercial enterprises. A company that wants to use distributed ledger technology in its business receives a "personal" NEM and, if necessary, its own token to solve internal business problems without synchronization with the public NEM layer.

The client-server scheme makes it possible to work on the network without downloading the entire blockchain, the NIS infrastructure server is independent of the NCC community client. NEM namespaces are similar to the ICANN domain name system on the Internet. The owner of a single domain name can use an unlimited number of subdomains in different projects and business accounts. The client is involved in creating and maintaining a reputation system for the mosaic.

If your priority is speed and privacy, use the core "NEM core blockchain" technology on your own server. NEM server software, allows you to deploy your own configuration of trusted nodes. So, you will get high speed (thousands of transactions per second) and reliability, without losing the main advantages of the blockchain. With the NEM API, you can access the network you have created using any platform and programming language.


All 9,000,000,000 coins are issued and no new ones are created. Network nodes are rewarded for processing transactions and creating blocks at the expense of commissions. 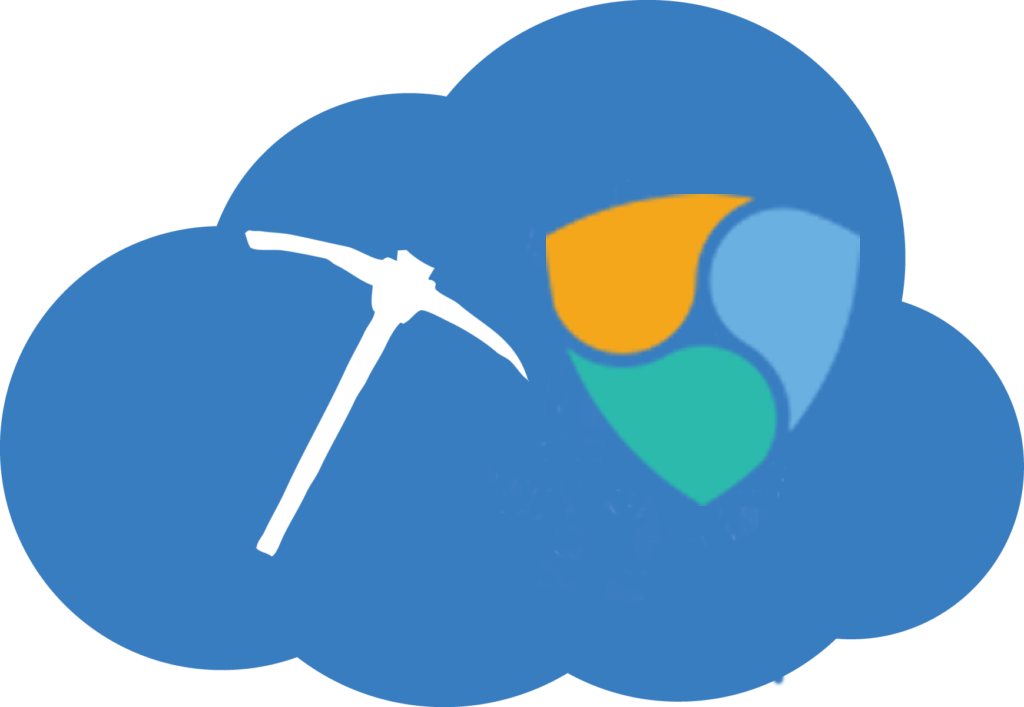 To participate in block generation, the harvester must download and synchronize the full node, and put at least 10,000 XEM on the account balance. After the "harvester" finds the block, it will receive a reward. There are two types of harvesting.

Local requires a permanent connection to the NEM client network. To search for blocks, you need your account's private key. The delegated one runs on the remote server. When you start the delegated mode, an empty balance is created and the intermediary key is activated, and the private key of the main client is kept safe, which is charged a reward for the block. When calculating the commission for processing transactions, the amount of money on the balance of the wallet, both participants of the transaction, their activity in the network and the level of security of the transaction is taken into account.

In the latest versions of wallets, only delegated harvesting is possible. Each node must first go through activation, it is performed directly from the main client. The option is paid, costs 6 NEM and takes about 6 hours. When working in delegated mode, you do not need to keep your computer turned on all the time, and harvesting will continue even if you are offline.

Digital coins are not only mined using mining rigs, but also baked in baking or collected in the process of harvesting. In English, harvesting means harvesting, the method of rewarding nodes involved in the work of the NEM blockchain network.


Where can I buy Nem coins?


XEM cryptocurrency is quite popular and is sold on many exchanges, for example, such as:

Coins can be bought there for bitcoin, ethereum, for traditional money. For example, the YoBit exchange supports the pair XEM/RUR, а Kuna Exchange и EXMO XEM/UAH.

To buy XEM cryptocurrency for rubles on YoBit, you do not need to verify your identity, such is the specifics of this platform. Create an account and start trading.

There are many different Nem wallets that differ significantly from each other.

NEM NanoWallet — the official wallet of the nem crypto currency.

The latest version is available on Github, link https://github.com/NemProject/NanoWallet/releases

Another very good option is to install a software multi-currency wallet Atomic Wallet on your computer, which provides the ability to receive, send

If you are planning to start a Nem wallet for collecting crypto coins from cranes, the Atomic wallet multi-currency wallet is a very good solution.

It is well known in Japan, but not very popular around the world, this token is practically not promoted, it is little known, its advertising company does not receive normal funding.

The method of harvesting and high network throughput are positive, but this is not enough for the development and popularization of the Nem token.

In early 2019, the management of the NEM Foundation announced the risk of bankruptcy of the project and asked for help from community members.


The popularization of blockchain and cryptocurrencies in the World is increasing every day, more and more companies and individuals are investing in various tokens, and if the Nem development team conducts a competent advertising campaign, develops its project, it will be able to attract many new investors and the Nem coin will rise in the cryptocurrency rating.